Model Overview
The 2012 Scion xB comes in one trim. Each xB sports a 2.4L 4-cylinder gasoline engine standard that utilizes variable valve timing with intelligence (VVT-i). The same engine is found in the Scion tC and Toyota Camry, producing 158 hp and 162 lb-ft of torque. All xBs are front-wheel drive and available with either a standard 5-speed manual or an optional 4-speed automatic transmission.
The xB delivers a good, well-controlled ride combined with responsive, nimble handling. MacPherson struts are used in front and a torsion beam suspension is used in the rear.

xBs come with 4-wheel antilock disc brakes standard. Electronic stability control, traction control, brake assist, performance tires and a full array of air bags are also standard. In federal government crash tests, the xB earned four out of five stars for both driver and passenger in frontal impacts, and a perfect five stars for side impacts. The Insurance Institute for Highway Safety awarded the xB its highest rating of "Good" for both frontal-offset and side impact crashes.

The xB interior offers a surprisingly roomy back seat for two adults or even three in a pinch. The 60/40 split seat can fold flat to expand to 21.7 cu. ft., with total passenger volume equaling 100.8 cu. ft. There are several storage bins and trays throughout the car that can hold laptops and other equipment. The front seats can fully recline, and a multi-information display with trip computer is accented with orange backlit gauges.

Standard equipment on all trims includes air conditioning, cruise control, power doors, windows and mirrors, privacy glass and steel wheels. The standard 160-watt Pioneer audio system features MP3 and WMA compatibility, digital media player connectivity and a mini-jack input. It also displays playlist information, to include track, artist and album information. Audio controls on the steering wheel are standard. An Alpine premium audio system, which uses a touch-screen and knob to mimic an iPod, is available as a dealer-installed accessory.

The 2012 Scion xB offers a Release Series package that adds a unique honeycomb grille, "hot lava" paint and special faux-suede seat trim inside. The Release Series is a special-edition item, and it costs about $1800 over the standard xB. 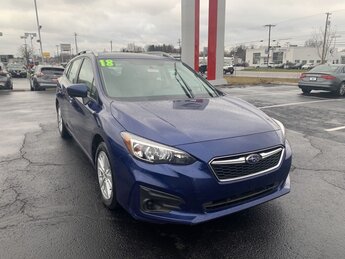